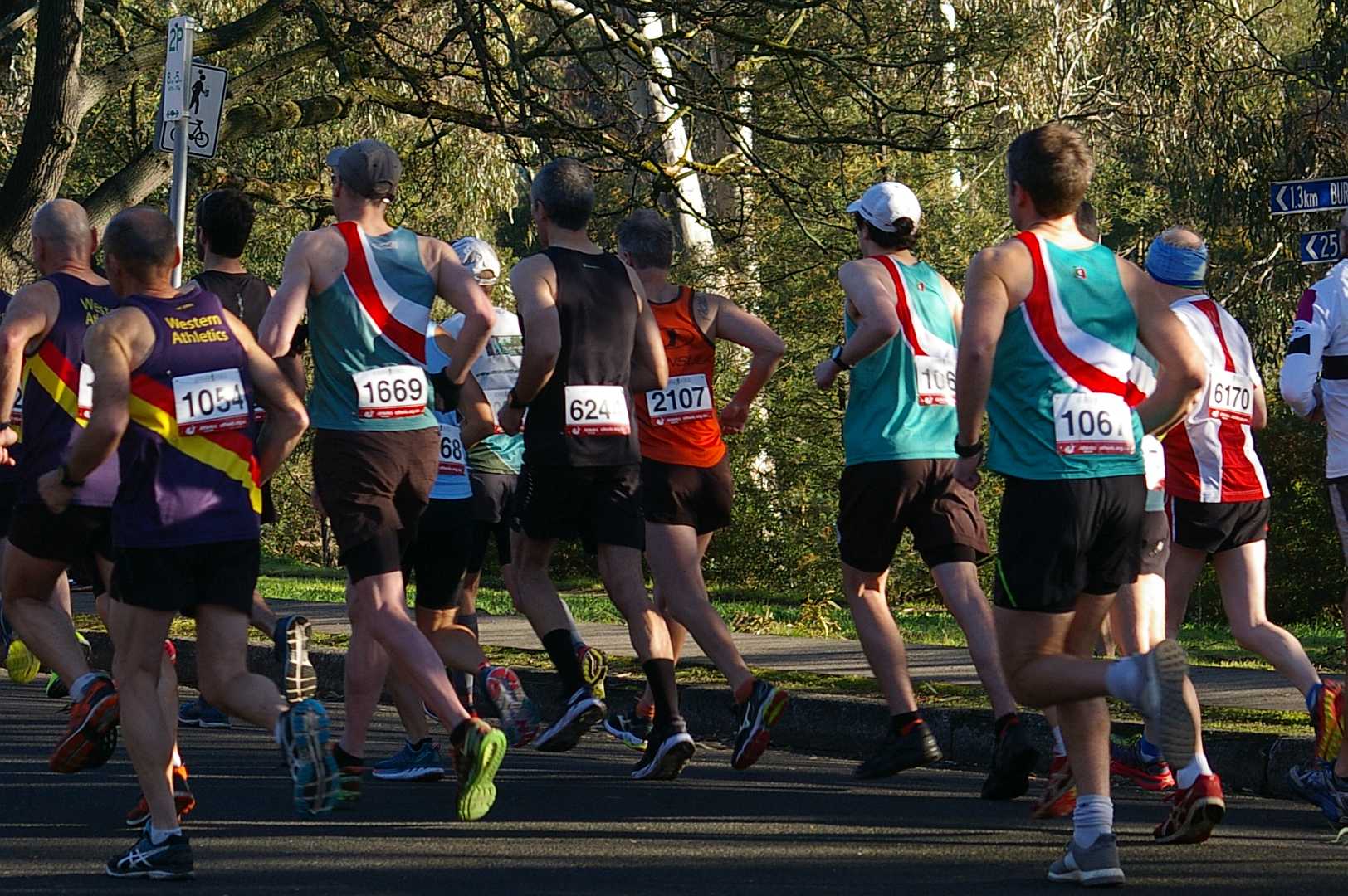 What was really great this year was that we only missed fielding a full team for Round 2. This was a big improvement for our club regarding team participation. Also to have a full team for the half marathon was a great step forward. Thanks to all of our Winter Open Men athletes for their hard work and determination, and also for the great camaraderie and team spirit displayed during the Winter season.
The final placing for our Men's Division 5 team was 8th out of 13 competing teams.

The final result for our Junior team was 11th out of 19 competing teams.
Due to school commitments we were only able to field an U18 Men's team for two rounds, however the times for the races concerned were excellent. I'm sure that as we grow our numbers for the Juniors we will have more impact for the Winter season next year.

On the 20th September we had a well-earned Cross Country dinner at Romano's Pizza Restaurant to celebrate the end of the season. This was gratefully funded by our club and a fun night with lots of celebration. This was an important event to assist in growing social activities for our club, and I'm sure there will be more opportunities in the future to celebrate our club's success.

One last point that must be raised is the assistance of our volunteers who fulfilled our clubs duties during the Winter season. A big thank you for your dedication and support performing this important function.

Look forward to another great Winter season in 2018.

Ivanhoe Harriers Athletic Club is saddened by the passing of Peter Bethell, a highly respected and esteemed Life Member. A leader of our club for over 75 years.

Deepest sympathy to the family.

During the course of last night's AGM the granting of Life Membership of the Club to the following long serving members was announced.

This was a very happy occasion with our new Life Members being surprised and humbled with the honour. 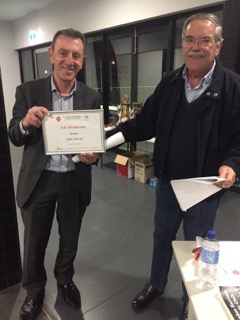 John David has been a member of the Club since 1999, joined the Committee in 2003, has held positions of Secretary, Team Manager, Registrar, Vice President and President. In addition, John has managed our cross country team for many years. 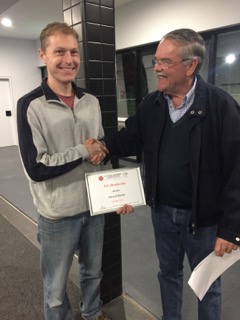 David Burke also joined the Club in 1999 and has been our most consistent and at times our highest performing athlete ever since. David joined Committee in 2004, remaining on committee since for 13 years, one of the longest continuous periods of service in the Club history. David has held the role of Treasurer since 2013. 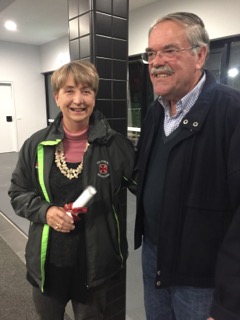 Jill Wallis has been involved with the Club for approximately 25 years, initially supporting son Michael, then husband John, also Life Member and Treasurer for 9 years. Jill has been our regular and reliable official during this period, donating countless hours officiating, specialising as an Athletics Victoria official including operating the photo-finish equipment at Olympic Park and Lakeside Stadium at Championships and major events.

Sincere congratulations to John, David and Jill from all in our wider "Club Family".

For those new to the winter season, this involves 10 rounds of competition over many different distances and terrains. All events are very scenic (some are absolutely stunning) and we promise that all will be a great challenge (in a good way!)
We already have some new members, so this should be a good year for our club.

The first race will be the Jells Park Relays which will be held on the 22nd April 2017. This event involves a relay where each runner completes a set distance and tags the next runner, etc, until the team completes the course.