Luckily, we were just able to fit in our AGM last night before lockdown was reimposed.

Several awards were handed out on the night: 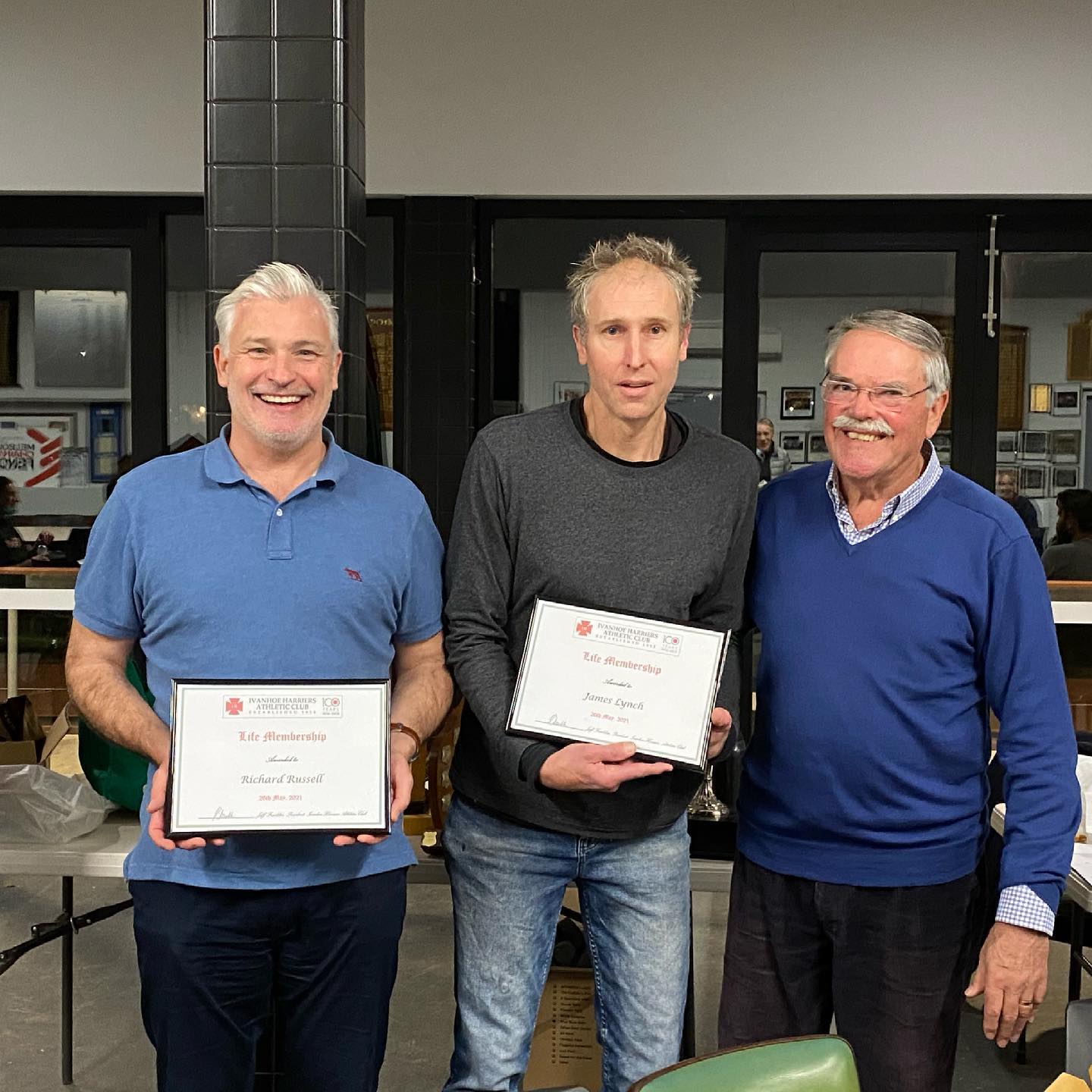 James Lynch
Joined the club as an athlete in 1984. Served on the committee from 2009-present including 3 years as Vice President.
He has been instrumental in starting the training program at Chelsworth Park. He attends every Tuesday and Thursday, is a qualified Coach, and coaches the junior group in middle distance. His most notable athlete so far is Jal Wishart who set a new Club record. James has been a fixture at Chelsworth training since 2016, very valuable for our relationship with IGS.

Richard Russell
Joined the club as an athlete in 1984. Served as a committee member from 1990-1995 and again from 2015-present. Treasurer from 1991-1995.
He has assisted with the Saturday morning coaching of Ivanhoe Grammar students at both Track & Field and Cross Country since 2016, thus helping to provide Ivanhoe Harriers visibility and presence.
Additional achievements: