The Club's annual 6km Handicap race was held on Saturday 22nd March. This year we had 20 runners trying their best to beat the handicapper. As usual Barry Greig did a fantastic job trying to identify the smokies but a couple of youngsters got under our guard.

First across the line was Zac Philip in 27:45, closely followed by young Will Franklin with an actual time of 28:58.
Fastest time was David Greig in a new course record of 19:47.

Times and placings as follows:

Congratulations to all participants, it was very competitive.
A number of the boys had trained very hard on the preceding Tuesday and Thursday so were a little tired. The times emphasise the quality of David Greig’s run which was 5 seconds quicker the Tom Langdon’s record run from the previous year. 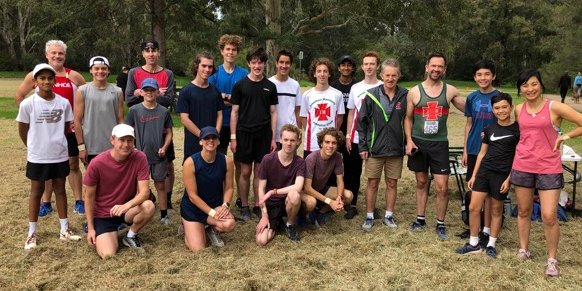 A group photo of all the participants.